The traditional “balanced diet” may be way out of whack. To fight obesity and diabetes, doctors and nutritionists are embracing diets that were once called fads.

“PEOPLE have told me what I do is dangerous. They have walked away from me at meetings,” says David Unwin, a doctor practicing in Southport, UK. Unwin suggests to his patients with type 2 diabetes or who want to lose weight that they do the opposite of what official health advice recommends. He advises them to stop counting calories, eat high-fat foods – including saturated fats – and avoid carbohydrates, namely sugar and starch. Telling people to avoid sugar is uncontroversial; the rest is medical heresy.

But crazy as it sounds, Unwin has found that most of his diabetes patients who follow this advice are getting their blood sugar back under control, and that some are coming off medication they have relied on for years. Those who are overweight are slimming down.

This might seem like just another controversial fad diet, but a growing number of researchers, doctors and nutritionists around the world are backing it, and reporting their findings in peer-reviewed medical journals. Last month, the National Obesity Forum, a UK body for health professionals involved in weight management, made headlines when it overhauled its advice, telling people to ditch calorie-counting, low-fat foods and carbs in favor of fats. 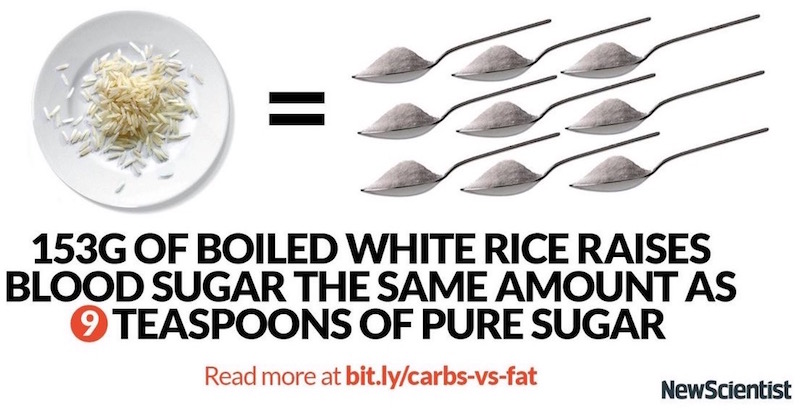 « Statins Why we eat butter »